The rainy weather that had met my arrival carried over to the next day, which was fine given my jetlag induced stupor.  My Airbnb host had been kind enough to lend me an umbrella so I dragged myself out of my room and made a quick walk around the corner to get some food.

The small, quaint Villa Spiza had been suggested as a good spot by several people and seemed to be a great start for my Croatian culinary adventures.  Given the cool, rainy weather, a hearty bowl of pasta was just what I needed.

I opted for the penne pasta with prawns and wild asparagus, which arrived only a few minutes after ordering.  The pasta was a perfect al dente, the shrimp were plentiful and wild asparagus added some nice earthiness to the dish – not bad for $10 USD.

In an effort to combat my jetlag, I finished my meal and decided to walk around the old part of Split for awhile.  The gloomy weather actually worked well with the ancient surroundings. 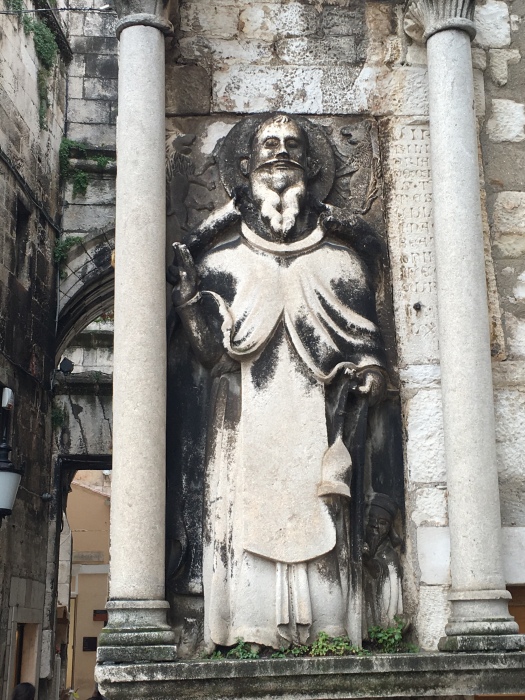 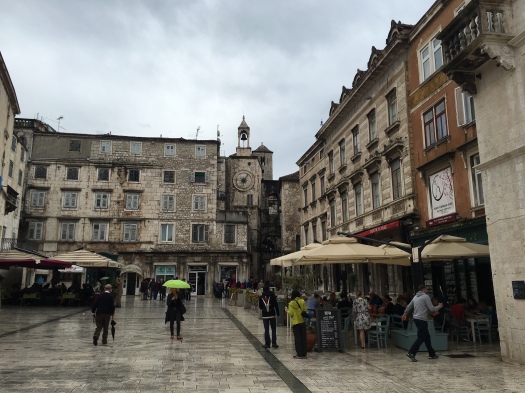 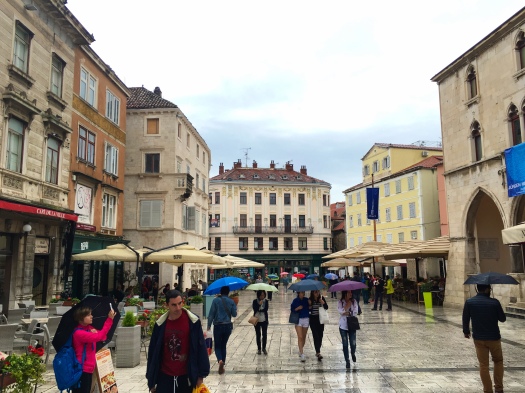 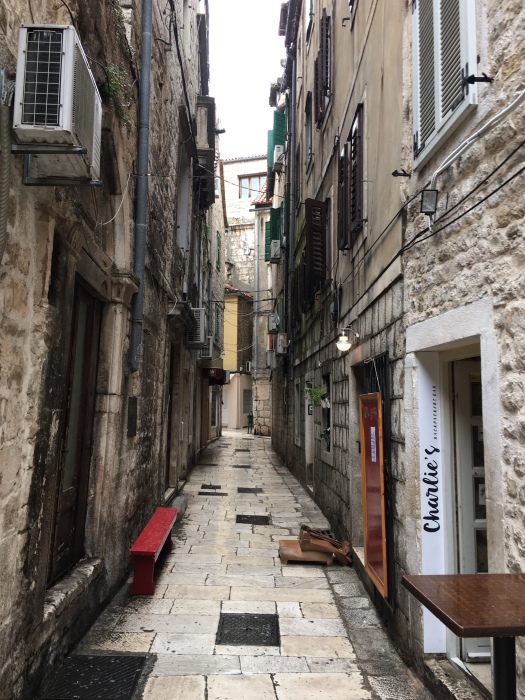 After a bit over an hour, I succumbed to my tired body and crashed for awhile for a much needed nap.  A couple of hours later, semi-refreshed and hungry, I walked down the tight alleyways to one of the newer restaurants in the old city, Bokeria Wine & Restaurant.

Located just off one of the main passes of the old city, Bokeria was lively and bustling by the time I arrived around 9PM.  I opted for a seat at the bar and was soon presented by an impressive list of Croatian wines by the glass.

I asked my server for a recommendation, and he recommended I start with the Pinot Noir from the nearby Vetovo region.  It was delicious, reminding me a lot of the Russian River pinots.  A great start.

My server suggested the special of Zinfandel braised veal shanks with potato puree and roasted root vegetables, which sounded just about perfect for me.  He recommended pairing it with a 2010 local Zinfandel, which was his personal favorite – sold.  He brought it out a few minutes later, telling me to let it breathe for a bit.  In the meantime, he had me taste a new varietal to me – Barrique – which he described as Zinfandel’s “younger brother.”  It was indeed lighter but quite good.  I made a mental note to have more of that varietal tomorrow.

The veal shank was indeed delicious, falling off the bone tender and the potato puree and accompanying vegetables were superb as well.  The Zinfandel was strong and bold – a bit over 15% ABV so robust but very tasty – a great pairing indeed.

I wasn’t intending to have dessert but the description of the strawberry tiramisu was too good not to try.  Served in a glass jar, it substituted fresh strawberries (which had just gone into season) instead of the more traditional cocoa powder as the layers and the ladyfingers were soaked in rum but not with espresso.  Heavenly. 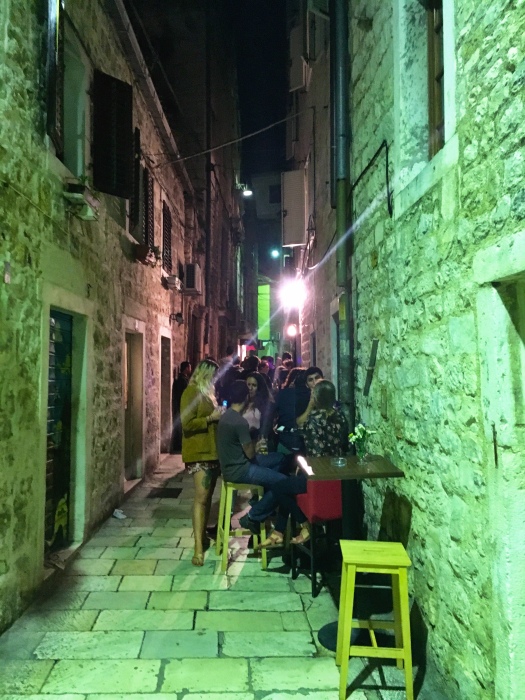 A couple of hours after more wine and chatting with a nice fellow American in town from his second home in Rome, I said my goodbyes and headed back to my apartment.  Late night Thursday revelers were out in force and despite my initial inclination to join them, I decided it made more sense to get some rest.  The weather was supposed to be much better, and I looked forward to exploring this fascinating city more thoroughly.