The next morning it was time to me to  start to get back into a somewhat normal rhythm so that was spent catching up on work. Around 1 or should I say 13:00, I hit the streets to find a quick lunch somewhere close. My first choice turned out to be closed so I ended up a cute little cafe.

In the spirit of getting back to normal, I had a very basic but delicious cheese, spinach and chicken omelet and a side salad. I had initially sat outside but the sun was starting to heat up quite a bit so I retreated to the comfy inside.

It was noticeably hotter but thankfully  without the oppressive humidity that had made the weather so bad during my last stay. Given this, it made sense to finally hit up the ice cream store on the corner which had been beckoning me since I had arrived.

I chose a small flan with dulce de leche and damned if that wasn’t exactly what it tasted like. I headed back up to the apartment to do some more work and cool off from the heat.

A few hours I made the quick trip a few blocks down the street to revisit one of my mainstays, Unik. One of the most striking restaurants I had ever been to thanks in large part tot the massive modernism furniture collection proudly displayed by the owner. 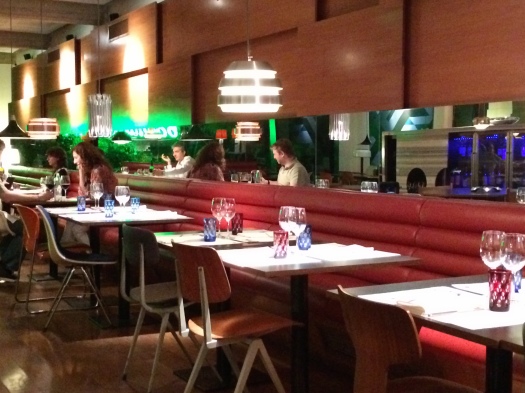 The main chef was sadly on vacation but I recognized the maitre d’ as the former bartender and he smiled when he saw me. It being Monday and all, the restaurant was fairly empty but I was already getting hungry from the wonderful aromas emanating from the open kitchen a mere few feet away from my table.

One of the things that I immediately noticed during my first visit was their superior bread basket. Made entirely in-house it’s a bread lover’s dream. Thankfully, it was as good if not even better this time. 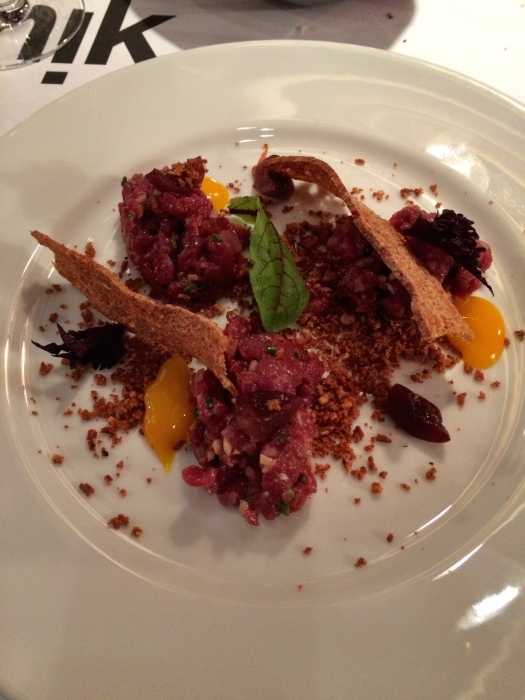 Looking for something to along with the bread, I noticed an intriguing starter of venison tartare with preserved cherries and rye toast points. The maitre d’ knew though what I really wanted with it was more bread and in front of me was a glorious selection of piping hot flat breads. This proved to be the perfect vehicle, and I are every last piece. Outstanding.

Because I knew how great their game meat cookery was, I chose the wild rabbit loin wrapped in pancetta with chard and mustard. Yet another winner with the perfectly cooked loin enhanced by the salty goodness of the pancetta. Damn I love this place.

Because it was still relatively warm out, I opted to have my dessert back at the ice cream store, where the same guy as earlier in the day was still working – poor bastid. This time I went with almond, which was very good.
Full and happy, I rounded the corner and retreated back to the apartment for some sleep. Tomorrow would be my last full day in Buenos Aires with more returns to old favorites and perhaps some new places as well.