The weather when I woke up was a bit less than optimal but at least didn’t appear to be raining yet.  The plan was to head to the train station to get our rental car and then drive through the Bavarian countryside to the famous Neuschwanstein Castle, which was a couple of hours outside of Munich.  Unfortunately, the car was a stick and since Chris hadn’t driven one since a teenager, he was understandably reluctant to operate one in a foreign country.  Fortunately, there were several trains that we could take and soon had tickets sorted.

Unlike the Alex Czech experience, the train was thankfully a bit more modern, despite our lack of a first class ticket.  That turned out to be not an issue at all as the car we selected was pretty empty.  So empty in fact I was able to literally stretch out, something all too rare in the usual cramped transportation options.

The ride was a bit over 2 hours, mostly due to the frequent stops, but was very pleasant.  Given that I hadn’t been expecting to be on a train, I didn’t have anything to listen or read so I just stared out the window as we got deeper into the countryside. 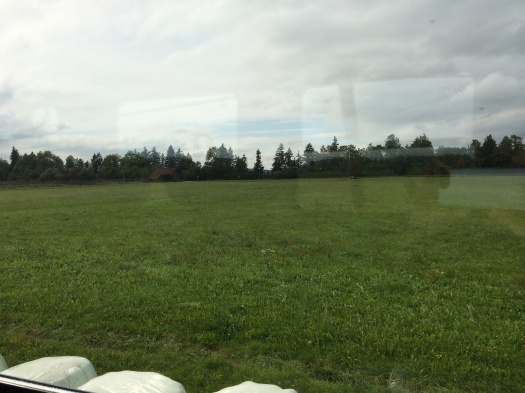 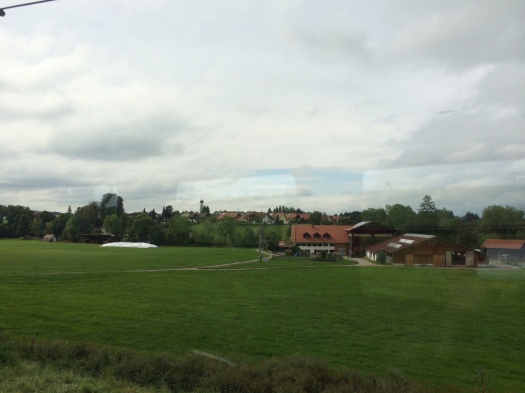 It was all very bucolic and not a bad way to spend a couple of hours.  We eventually pulled into the medieval town of Fussen, where a bus would take us up to the location of the castle.  The bus turned out to be a very short 8 minute ride up the hill and off in the distance was the castle beckoning.

There were several options to get up to the castle, including horse-drawn carriage.  We decided to take the bus up there but then walk down later.  The small streets were full of tourists but thankfully it wasn’t overly packed as I’m sure it gets.  The bus ride was interesting as our driver tore up the steep, steep mountain road at a fairly alarming rate.  I was standing, pressed up against the far window so I got to see how close we were to the edge – a bit too close but I trusted the driver wouldn’t send us plummeting to our deaths.

What we saw when we got to the middle was literally breathtaking.  In this case, a picture (or several) are worth a thousand words. 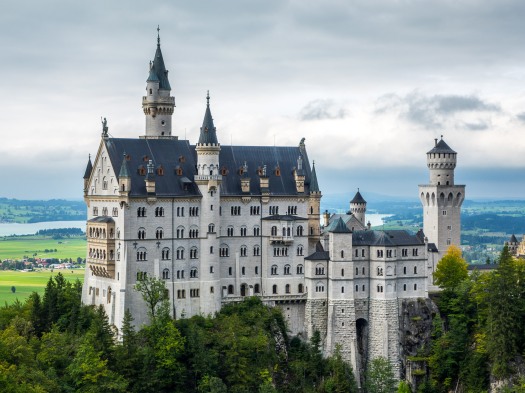 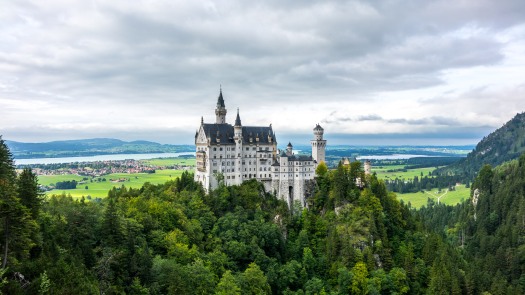 Neuschwanstein Castle was the inspiration for Sleeping Beauty’s castle (and subsequently, Disney’s logo)  Although it looks medieval in origin, it was actually only build in the late 1800s by the then Bavarian King Ludwig II.  However, the castle was never completed as the king was declared insane and died under somewhat dubious circumstances.  Because of that, the tour of the actual grounds only contains 3 rooms, and we had read it wasn’t really worth it.  Besides, just the views from it was worth the trip alone. 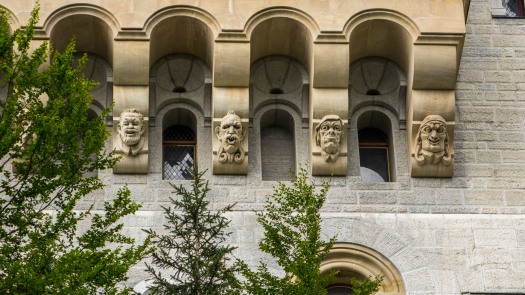 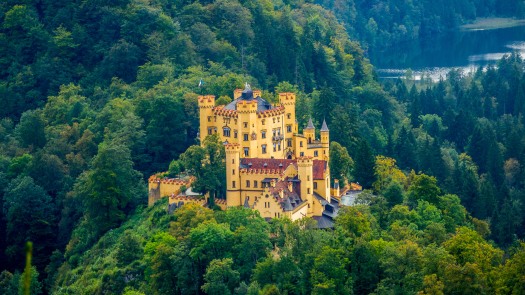 We were scheduled to take the 18:50 train Munich so we left the castle and made the very pleasant walk down to Fussen and since we had some time to kill, explored a bit of the charming old city. 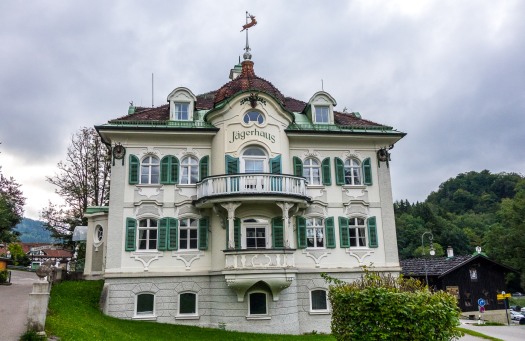 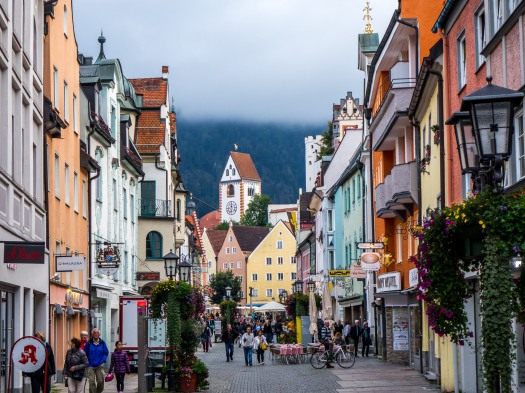 We boarded the train but this route would be a bit different as we had to change in a small town called Buchole to get back to Munich station.  This was fine as it broke up the trip into 2 chunks as there would be a 30 minute layover.  The original thought was to grab a quick bite in Buchole but we arrived to essentially a ghost town.  The only thing open was a gelato place but by this point hunger prevailed so ice cream for dinner it was!

As we arrived back in Munich, I realized I probably needed more food than that so I bought another half roasted chicken and one more Augustiner beer for good measure.  My trip was essentially over and as I sipped on my beer, I smiled thinking about this wonderful experience.

The next day I packed up and said my goodbyes to my travel buddy, Chris, who was on to the final leg of his European adventures.  Today would be filled with trains, planes and taxis to get me back home so hardly worth blogging about – knock on wood.  I’m not sure where the wind will take me next but I do know it’s time to be on local terra firma for awhile.

Until next time then…