After a morning of doing actual work (hey I have to make a living to pay for all of this, ya know), Chris and I headed out to the Recoleta section of the city.  It’s the “old money” part of town and that was readily apparent from the architecture and general vibe. 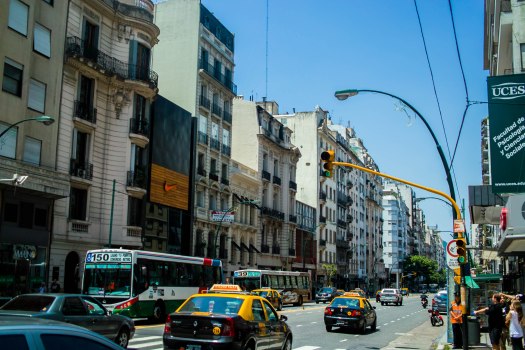 We stopped at a place called Cumana for lunch, which specializes in Argentine cuisine.  Everyone seemed to be eating the cazuelas (casseroles) so I asked our very cute waitress which she preferred.  She gave me 2 suggestions but in an apparent mixup, didn’t order the right one, which should have been the loin and vegetables.  I instead got one with pumpkin, corn and melted cheese.  It was quite good though so I had no complaints.

After i swung and missed horribly trying to pick up said cute waitress (necesito mas practica), we began our walk around Recoleta.  The area was by far the most European that I’ve seen in Latin America, from the architecture to the vast avenues that connected it.  The sheer size of everything was almost overwhelming.

We made our way to the famous Recoleta Cemetery – my one decidedly touristy thing to do on this entire trip.  I bristled as we walked by the cafes and shops that were there to snag tourists but began to lighten up as we entered the cemetery.  It was a truly spectacular place. 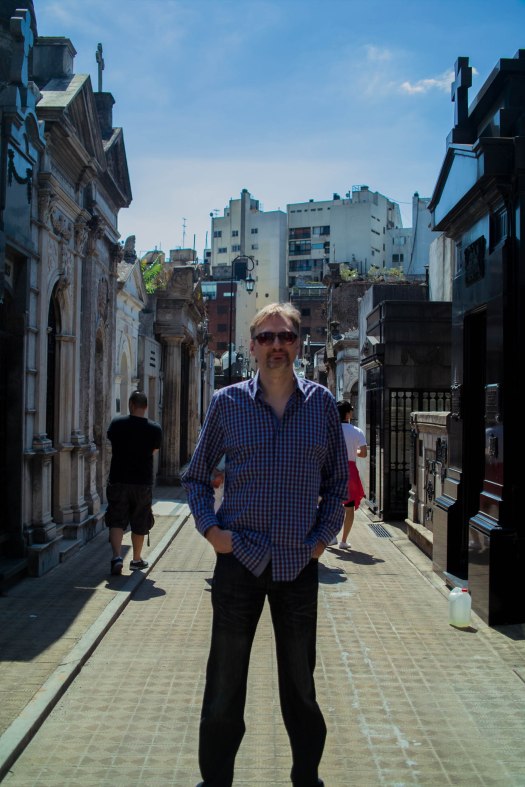 In seemingly endless rows were massive mausoleums, ranging from wealthy private families to major leaders of Argentina’s past.  You could hear multiple languages being spoken and the sound of cameras going off everywhere.  For good reason, as you can see below: 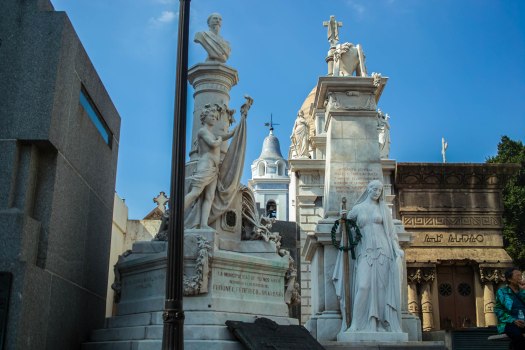 I knew in advance that the Eva Peron mausoleum was under her maiden name and that it was relatively subdued compared to the opulent temples elsewhere.  We weren’t entirely sure where it was so we waited until a tour guide passed by to find out. It turned out that’s where they were going next.  The older Jewish couple (“Tuscon by way of Noo Yawk”) asked us if we were actors.

Chillaxin in the park

After an hour or so, we left the cemetery to start walking around the beautiful surrounding park.  The weather was a perfect 75 and sunny so that made our trek around the grounds even more enjoyable.  There were people everywhere also enjoying the break from the hot weather, relaxing in the grass, playing soccer and walking their dogs. 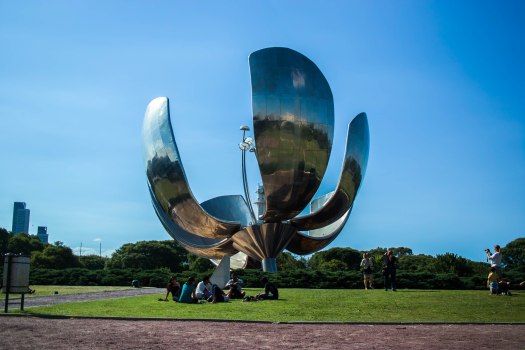 We eventually came across the ginormous Floralis Generica sculpture.  Shaped as a giant flower, per the plaque in front of it, every morning the 18 ton metallic petals unfold like a real flower (my Spanish reading comprehension is about up to par again!)  It was really beautiful and I bet under the right sunlight would be even more incredible.

Scale to show how big this is