After recovering from my inevitable hangover from the previous night’s bacchanalia, I packed up my things, climbed up the steep hill with my bags (always fun with a hangover) and set off to my first winery – Ferrer Bobet. I had a noon appointment scheduled but decided to go there a bit early. I had also purchased a vegan cheese and “meat” boccadillo to eat afterwards. I had no idea if it would be any good but at only 3 Euros it was worth a shot.

I had looked up the route previous so I knew it was relatively close by. This was a good thing as I was staring to run low on gas and would need to fill up after the winery. I drove up into the truly spectacular countryside into a small town. It was then that I started to think something was off given the pictures on their website didn’t seem like it was in a town. My instincts proved correct when it showed I had arrived at my destination – a street called Ferrer Bobet. Shit!

There was also no cell service so I frantically drove back towards where I had come from and finally got enough service to see I was now 30 mins away… and it was noon. Great. 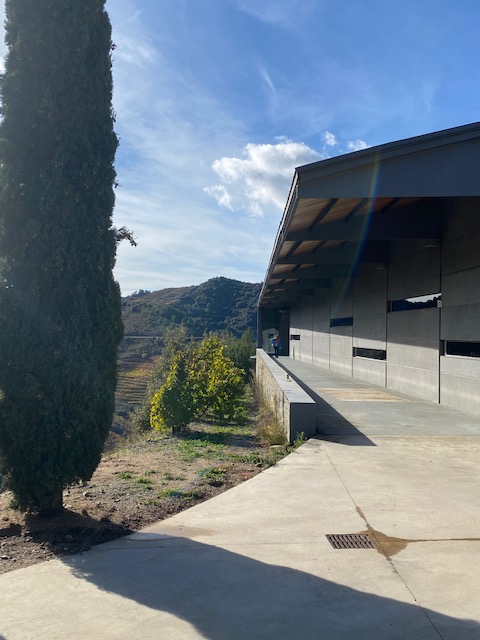 I zipped down the curvy mountain roads, drove back through Falset (grr) and then took a truly insane switchback with no guardrails up another mountain. I finally arrived at the correct Ferrer Bobet with the tour already in progress. 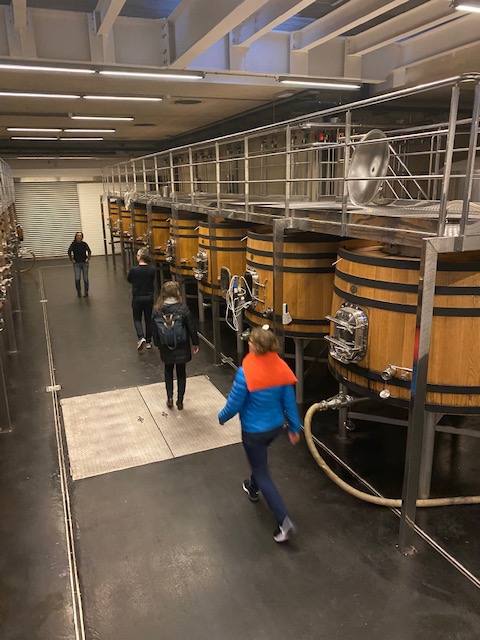 I wasn’t expecting a full tour so joining up with a random group whilst my body was dying for a glass of wine to steady my nerves. Still, it was pretty interesting if a bit long. One thing that was fairly unique is that they don’t crush the grapes at all but instead use highly controlled temperature tanks to gradually start the fermentation process.” 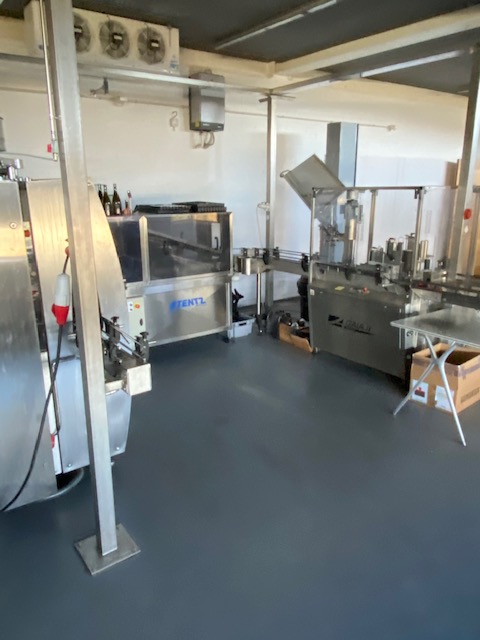 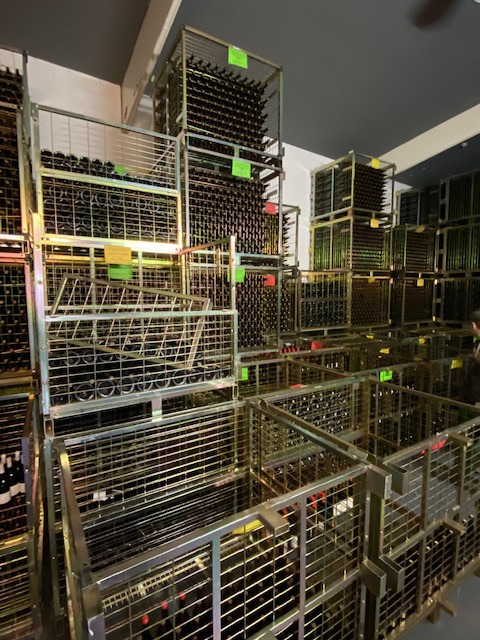 Eventually the tour concluded and it was finally time to taste in a pretty spectacular room. 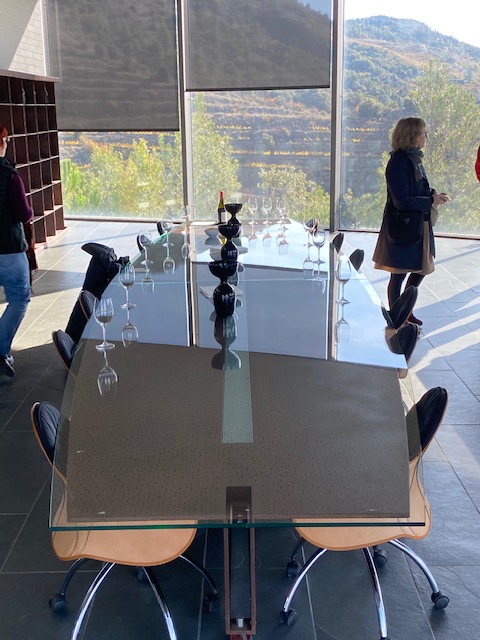 They served 3 different bottles – one was a 2016 100% Carrinyera that had recently one a blind Priorat tasting. It had a slightly sour note which was due to the lack of the sugar in the fermentation process, which the defined as “fresh” The second was the same year but now 100% Granacha. However, the usual jammy taste of a typical Granacha was replaced again with this “fresh” taste. The final one was a blend of the two. Because of their process, they said that the bottles have to be stored at cellar temperature. That made it basically impossible for me to buy a bottle. Oh well.

I was now seriously low on gas but had to take that same switchback to get to the station in Falset. Nervously eyeing the last brick on my digital fuel gauge, I somehow made it back in time. Relieved I filled up and then set off to my next winery – Scala Dei.

The sommelier at Mugaritz had told me this was a must-stop and since it was more or less on the way to Barcelona, it would work out. I drove through some more spectacular countryside side and took the stone bridge into the former Caruthian monastery Scala Dei which was now home to the winery.

I didn’t have time to do the tour so I went straight to the tasting room, which in my slightly frazzled state I forgot to take a pic of but it was very nice. They were pouring 3 versions of their award winning wines. One was a 100% Granacha in the “new style” – similar to what I had at Ferrer Bobet. The next was the Carrinyera of that “new style” Overall I preferred those to what I had at Ferrer Bobet. The final was the “classic style” which was a blend of Granacha and Carrinyera. This was fantastic and I bought a bottle almost immediately, which then covered my tasting – sold!

As much as I was enjoying the wine, I knew I had to get on the road soon so I said adios and started back down the winding road. I had decided to take the scenic route up to Barcelona and that turned out to be a great idea as it was breathtakingly beautiful. 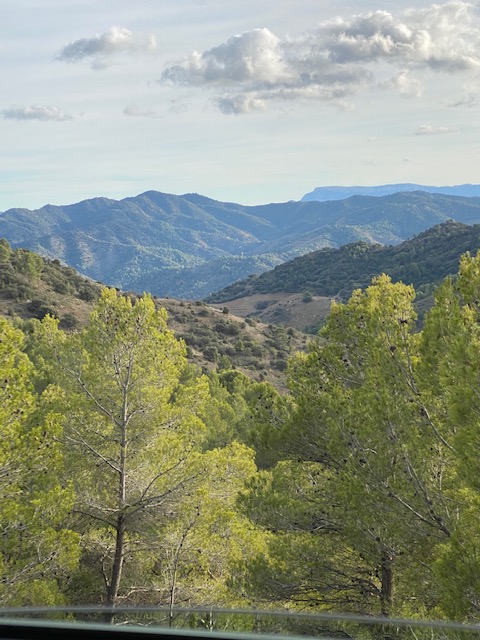 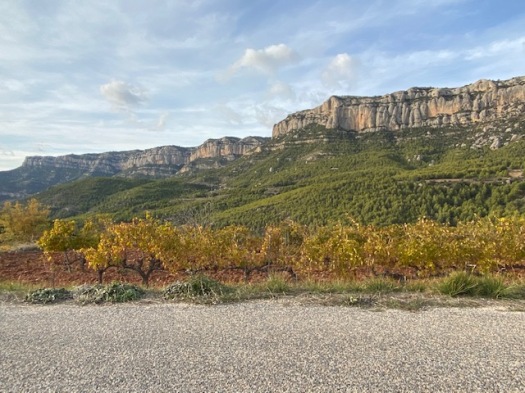 I crossed through several Medieval towns and eventually ended up on the main road to Barcelona. I was expecting to pay more tolls but got into the city without having to do so. I had to drop my trusty steed at a hotel and after a couple of missteps trying to decipher the confusing directions, finally said adios to the Black Stallion – 1100 kms after our first trip.

My hotel was only a short cab ride away and it was past 9PM so I checked in, dropped off my bags in my small but nice room, and walked into the ancient part of the city I was staying in called El Born. 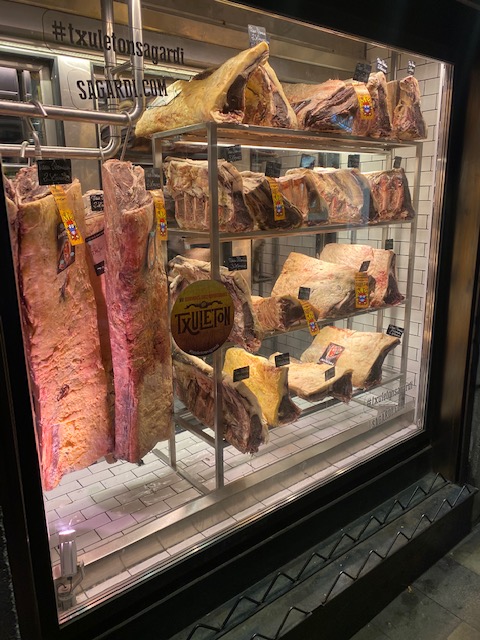 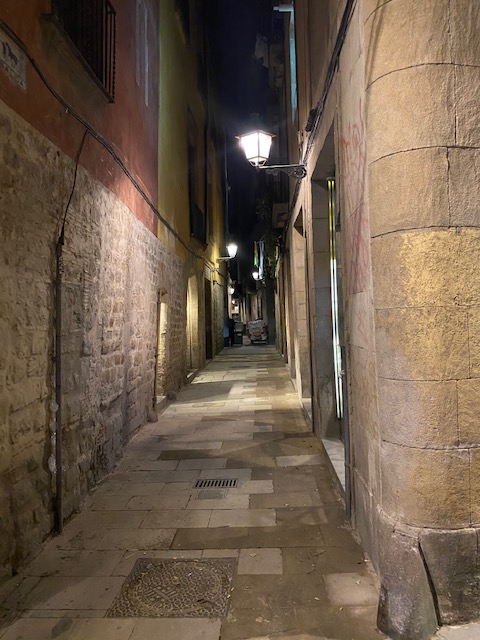 Known for its bars and restaurants, even on a pretty cold Monday evening there were a surprising number of people out and about. I didn’t really have a specific destination in mind but soon came across an item on a menu that I hadn’t had since I lived in Spain – Jamon Ibérico with an egg and fries. My senora used to make this which I called the Spanish truck stop special.

Memories came flooding back as I ate this wondrous combination of fat, salt and gooey yolks. Along with it, I got an order of chorizos braised in Austurian cider, as old skool as it gets. Feeling better I also opted for a very intriguing cocktail simply called – Cava Sangria. It was by no means a simple cocktail though – cava, ginger beer, gin and apple liqueur – dangerously delicious.

That combo meant I was done for the evening so I made my way back to the hotel, discovered the blackout curtains and hit the sack. The weather forecast looked great for tomorrow and I looked forward to exploring my new surroundings.