I had been dreading the inevitable hangover due to going a bit overboard on the wine but awoke without even a slight headache.  My original plan was to take the short ferry ride to the island of Lokrum but as I approached the harbor with gusts of wind blasting me in the face, it wasn’t exactly a shock to find that the ferry had been canceled for the day as the water looked very choppy.  That also made me smile as I’m sure the day cruise shippers didn’t have a very fun time on the rough seas.

Since it was lunch time, I walked over to the nearby classic seafood restaurant Lokanda Peskarija, home of the famous black risotto with cuttlefish.  The bad weather made sitting outside not an option and the main dining room was full.  However, they were able to set up a spot at the bar, which was fine.

I ordered the black risotto, which is cooked in the ink of the cuttlefish, and a few minutes later, a large pot was placed in front of me. 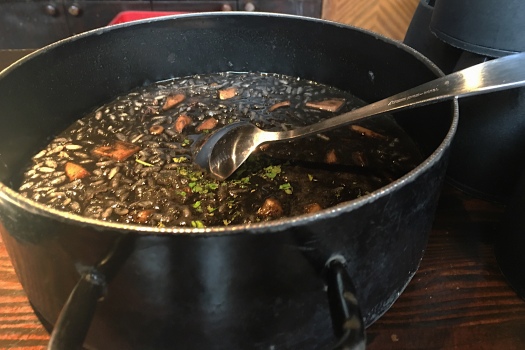 While the risotto was a bit undercooked, the flavor was so rich and compelling that didn’t really matter.  The chunks of cuttlefish were super tender and the fresh chopped parsley was a nice touch as well.  I can see why it’s such a popular dish.  The portion was massive so after about 2/3s of it, I decided it would be wise to stop.  However, I did carve out enough room to finally try the ubiquitous Croatian version of creme caramel, which was very tasty with a surprising amount of orange flavor to it.

I walked back to my apartment to let my food digest and do some work while waiting for the rain to stop.  At around 4PM (or 16:00 as they say here), the rain had given way to a fairly clear and sunny skies although it was still windy.  I thought that this then would be the perfect time to finally take the tour around the walls of the Old City.

I had read there were 3 entrances to the walls but that the one closest to me was usually the least crowded.  I paid for my ticket, which I was told to hold onto as I’d need to show it a couple of times along the path and started the climb up the walls. 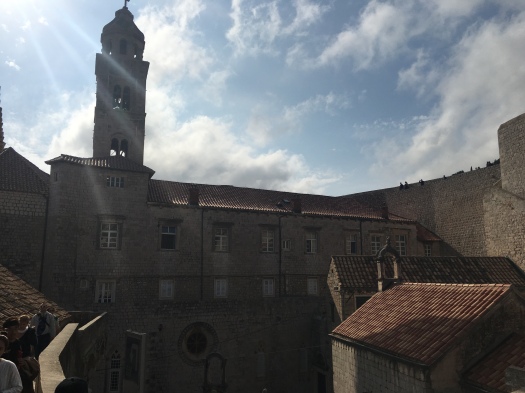 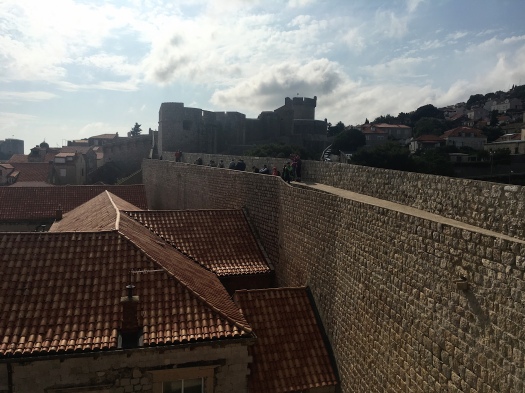 At the part of the wall, it was a pretty steep climb almost straight up to get to the top of the wall, which overlooked the main entrance to the Old City.  The rain had clearly scared away a lot of the tourists as there were only a few people on the path and thankfully no effin tour groups.

As i continued to ascend the wall, the views got more and more spectacular. 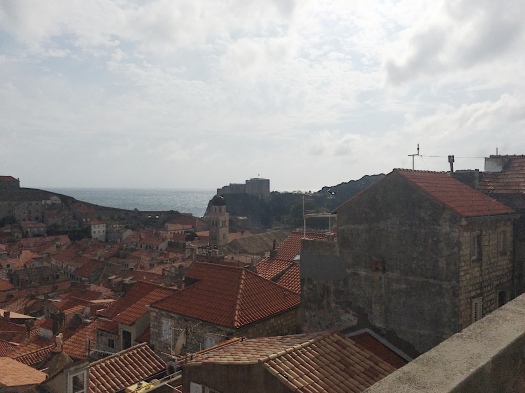 At the top of this portion of the wall was a tower, from which I could see now across the entire Old City. 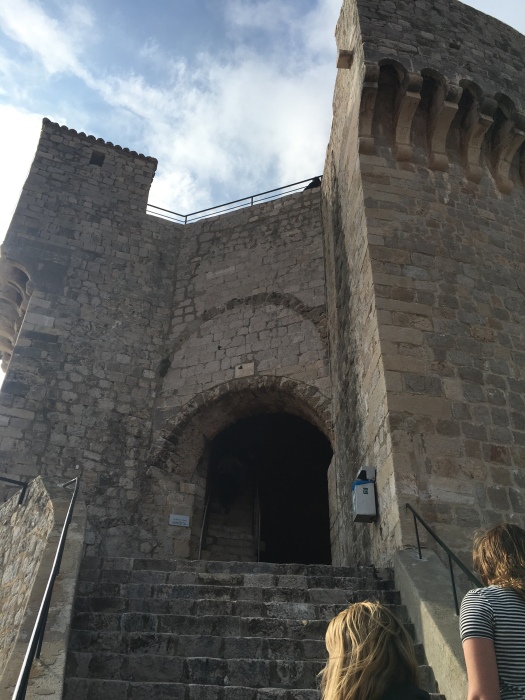 The next part of the wall would take me closer to the old fortress across the bay. 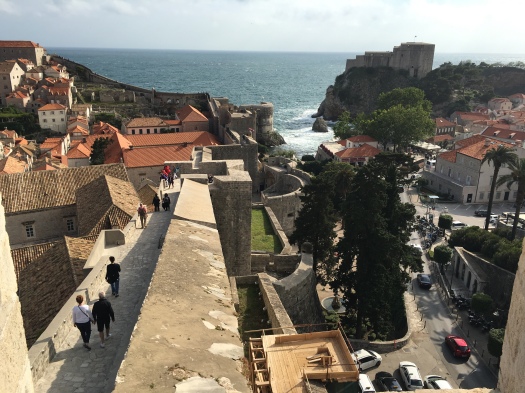 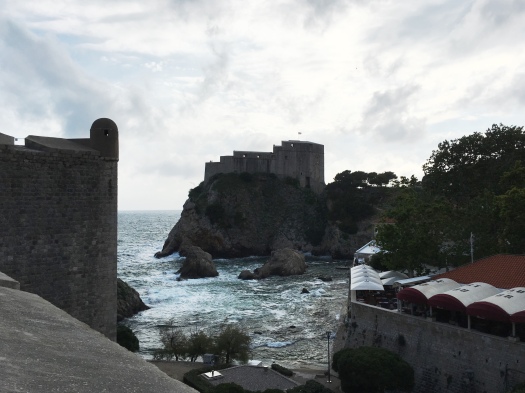 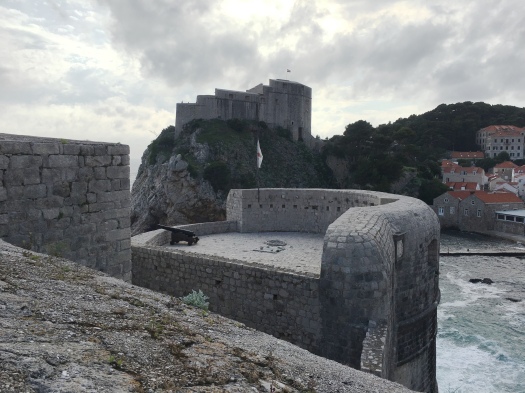 After a brief rest to take it all in, I hit the next part of the wall, which was once again a steep climb upwards.

This was the highest point of the wall and the vistas from there were stunning. 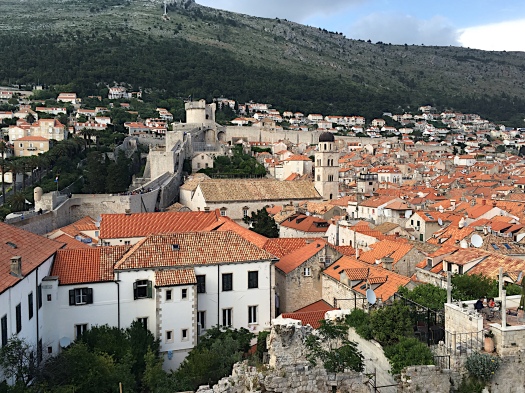 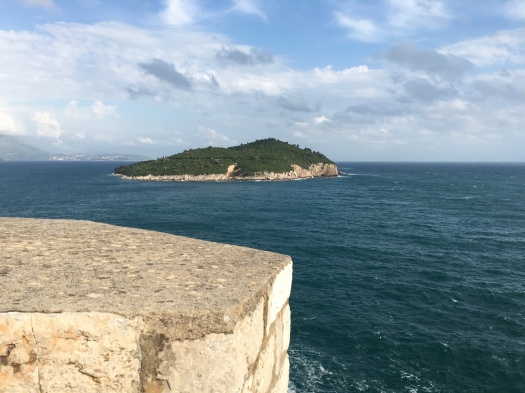 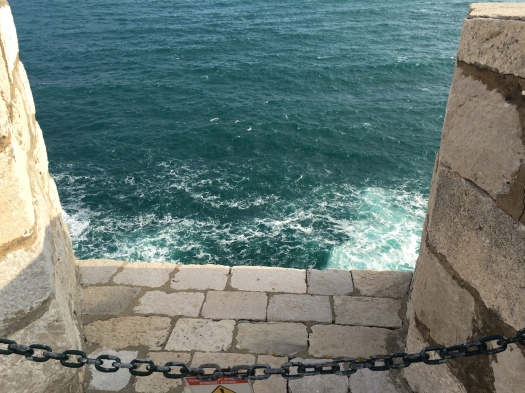 The winds were pretty severe at this point, with the waves crashing against the rocks below but I didn’t mind it as it added to the ancient feel of it all. 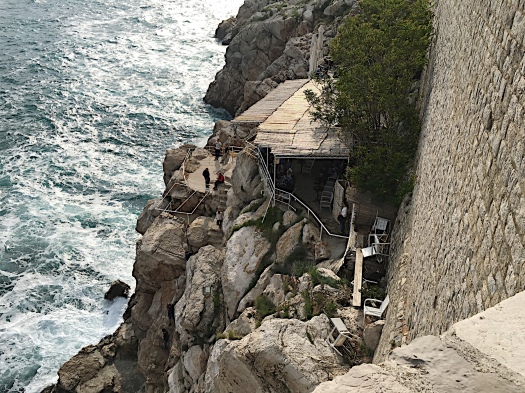 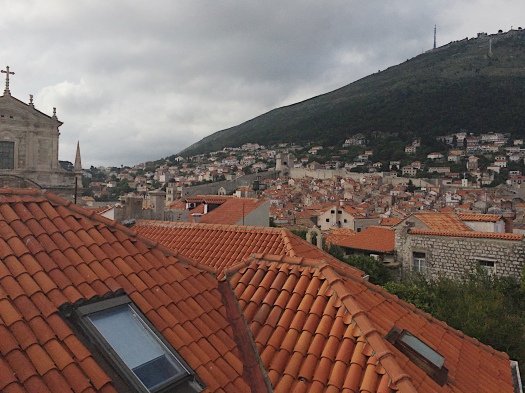 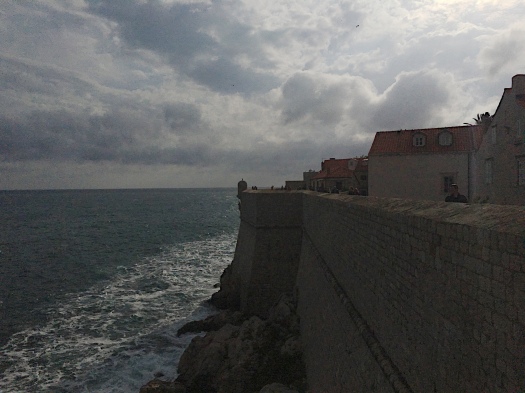 The final section of the wall snaked around the marina, which also housed a maritime museum that featured some antique anchors outside of it.

I finally reached the end of the path, tired but elated.  I’ve been to a lot of places around the world and very few can top this experience.  For shits and giggles I check out my iPhone health app to see what that walk had done exercise-wise.  Suffice it to say I had successfully walked off my heavy lunch. 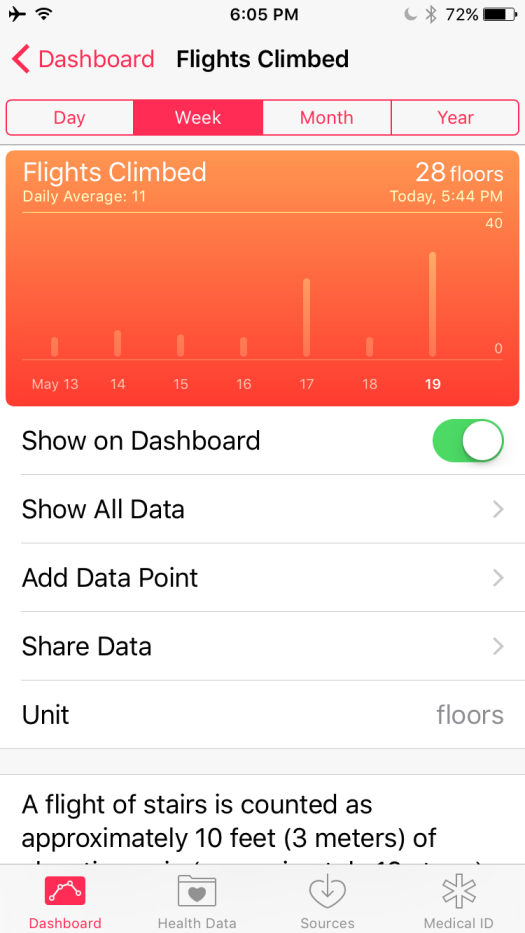 After a well-deserved nap, I headed out into the cool windy night and after Google Maps got hopelessly confused trying to find my destination, I eventually arrived at the very popular Bosian restaurant Taj Mahal.  I had made a reservation the previous night which was a good thing as they were fully booked.  I was given a table upstairs, which I gladly took as it was away from the maddening crowd.  I had brought my bottle of Bibich R6 Riserva and after some negotiation “sir, this is a restaurant!” I got them to allow me to have it. 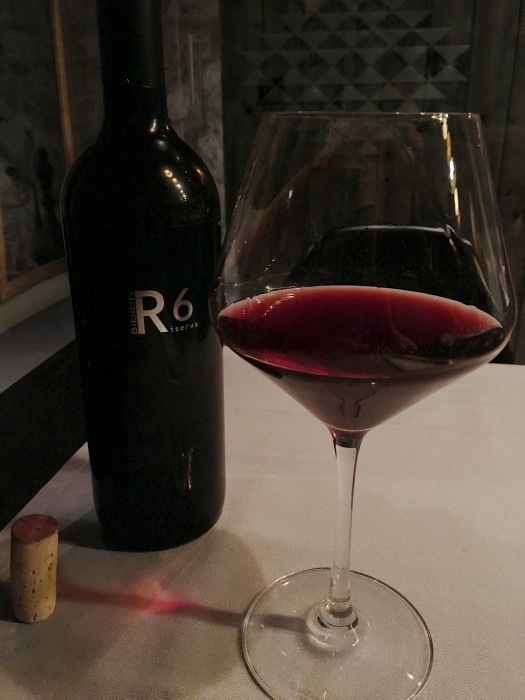 Although primarily known for various meats on stick, I was drawn to the special of the house, called, natch the Taj Mahal – which was a pastry stuffed with turkey, veal, mushrooms and 2 different Bosnian cheeses, basically a fancy calzone.  The philo-based pastry was super light and crispy, and the filling was rich with flavor.  It was just what this windy, cool evening required. 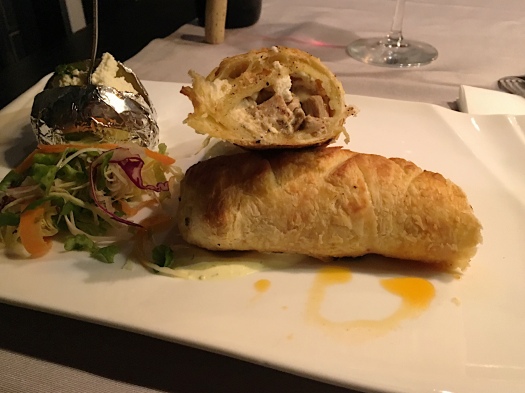 As a nightcap, I walked over to Matusko for another glass of their great wine.  This time I opted for their Gingac Reserve, which was by far the most expensive I had so far.  Surprisingly though, I think I preferred their regular Gingac, which was a good thing for my pocketbook. 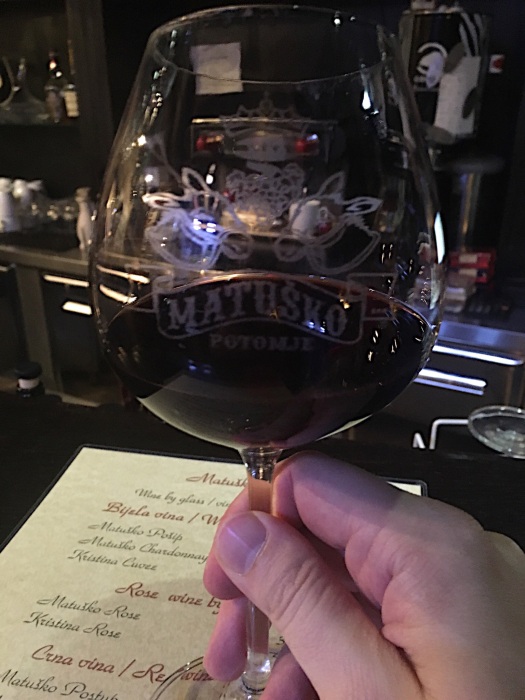 Violetta was there and soon Danny arrived as well so I had a nice time chatting with them and also getting them on camera.

Violetta also let me have a taste of their white blend of Posip and Chardonnay, which was very refreshing, and also the Posip by itself, also good.  I was tempted to have another full glass but knew that I would pay for it the next day so instead I walked around the corner for bed time.  Tomorrow would be a relatively quiet day due to the rainy forecast, not necessarily a bad thing as I had a feeling I might be pretty sore.